When I was just 5 years old my grandfather, named Athanase, brought me with him to fish for catfish. The result is that I am now a real fishing addict for over the past 43 years. Even better, in 2011 I celebrated my 25th anniversary as a full-time professional angler.

When I started my career I was fishing in another kind of aluminum boat. The rides were rough and the water was spraying all over my head and the storage inside the boat was really limited. When you don’t know any better you think you own the best. When the Lund rep invited me 12 years ago for a ride, I realized that a real fishing boat is made by fishermen for fishermen. Since that day, I always wanted to be a part of that great family.

WHERE ARE YOU FROM?

I was born in a small city called Lachute, which is approximately 40 miles from Montreal, Quebec in Canada. I was raised in the city of Laval, which is the second biggest city in Quebec, and I still live there. It’s only a few miles away from Montreal. The best part of where I live is the fact that it is surrounded by water and close to the St. Lawrence seaway.

I won the title of Bass Champion 3 times in Quebec. I qualified 44 times in the top 10 at professional tournaments and qualified 5 times in the top 10 at the Canadian Open, so I fished many bodies of water in Eastern Canada. I retired from the tournament scene in 2000 when I won my third provincial championship. Since that time I write for 14 specialized magazines and newspapers and I participate in radio broadcasts for more than 60 radio stations. It gives me the opportunity to fish all over the country, but the spot I always go back to all of the time is the St. Lawrence seaway.

I am the honorary president of the "l’Association des Pêcheurs Sportifs du Québec (APSQ)". This organization defends the rights of the recreational fisherman, and it also makes the necessary processes to conserve the access to different bodies of water in Quebec and to be sure they are accessible to everyone. According to Outdoor Canada magazine in 2003, I am one of 30 Canadians possessing the most influence in the hunting and fishing industry in Canada during the past 30 years. In 2007, I received an honorary award from the Canadian Sport Fishing Industry Association for my involvement and dedication in promoting the sport of fishing. In 2008, 2009 and 2010 I was the official spokesperson for the Fête de la pêche major fishing promotion and event for the Québec Ministry of Wildlife and Natural Resources. In 2012, I am the official spokesperson for the French version of the Canadian National Sportfishing Foundation for the sixth time. Plus, over the past 20 years, I am the official animator for several hunting, fishing and boating shows.

It was in 1996 when my daughter Alexandra was born with her beautiful eyes and smile and her happiness which has just made our life better since that time.

What I thought was a fantastic $200 rain suit was in fact only a wind resistant suit and not water resistant. I was so proud of myself…

You can be your own worst enemy when you’re not doing everything you have to in order to reach your goals or to realize your dreams.

Honesty, sense of humor, loyalty and when a person treats other people in a way he would like to be treated. I also really admire the men and women who take the necessary time to be close to their kids and to help them discover all of the beautiful things that Mother Nature offers us.

Working too many hours in my office, and sometimes I don’t have enough patience when it comes to some fishing spots. In some situations, I’d rather leave a spot and come back later instead of waiting for the action.

My Pro-V 1975 is more than just a boat, it is an incredible fishing machine which is designed by fishermen for very serious anglers like you and I. The word "fishability" does not exist in the dictionary, however, it can be found in Lund’s lexicon of terms. This means that all detail is thoroughly examined and featured in such a way so as to increase and maximize your experiences and your level of satisfaction for every one of your fishing excursions; to fully profit from the fishing experience.

Thank you very much to all of the employees and for all of the collective efforts they put in every day to make the best fishing boats on the market. If I am so proud to endorse the Lund logo it is because of your passion, your talent, your know-how and your personal touch. Merci beaucoup mes amis (which means thank you very much my friends). 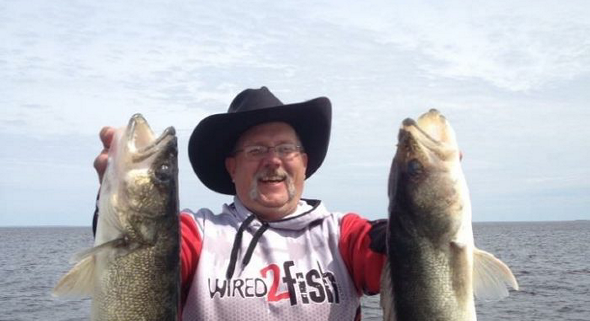 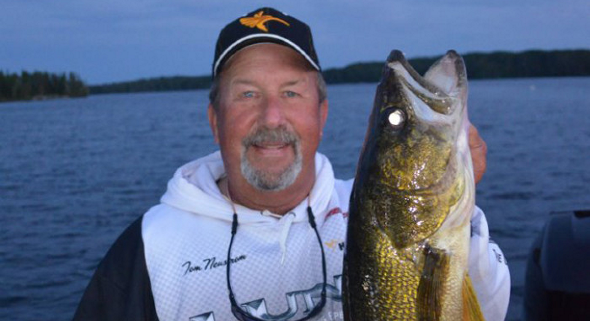 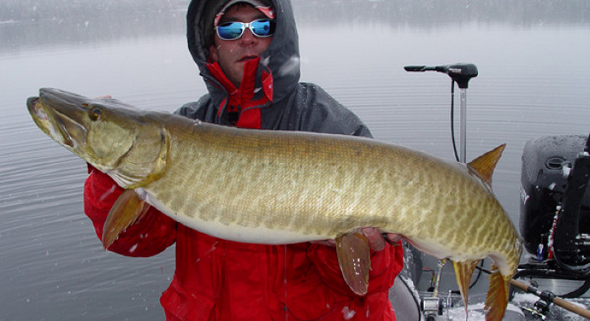 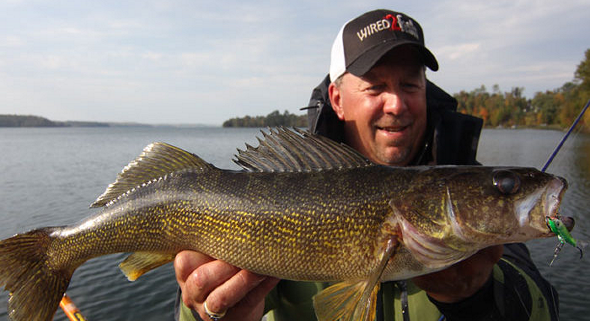