Artificial softbaits are all the rage for targeting panfish through the ice. Savvy winter warriors reap rewards including uncanny realism and unparalleled convenience in their quest to catch more fish. Trouble is, when the ice recedes, these deadly weapons are too often holstered in favor of traditional natural baits.

Plus, from purchase to deployment, plastics are infinitely more convenient. “They take the hassle factor out of the equation,” says Glorvigen. “There’s no driving miles out of your way to buy minnows at a bait shop, or taking the time to dig worms before heading for the lake.” He further notes that plastics likewise need no nurture between fishing trips. “Artificial baits never go belly up, get fuzzy and foul your minnow bucket. And they never stink up the fridge.”

Admittedly, there’s something nostalgic about dunking an angleworm or minnow under a bobber. But cutting-edge softbaits fuel a variety of effective presentations, and are often able to match the shapes and movements of natural forage with uncanny accuracy.

“My plastic epiphany occurred when I was fishing bluegills a few seasons ago,” Glorvigen explains. “I dropped my underwater camera down and saw clouds of white zooplankton zuking around all over the place. Naturally, the ‘gills were taking full advantage of this smorgasbord. And when I tipped one of Northland Fishing Tackle’s Gill-Getter jigheads with a white Impulse Mayfly body, they absolutely tore it up. I thought to myself, ‘Why would I mess around with euros or waxies when plastics work so well?'” 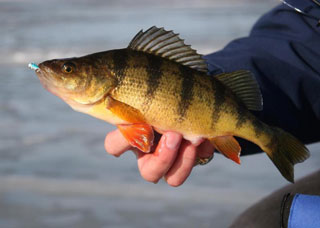 Downsized softbaits work wonders on a variety of panfish.

From that point forward, Glorvigen put plastics in play at every panfishing opportunity, and quickly developed a number of killer patterns. He also dispelled the notion that softbaits are best left to basic crank-and-wind maneuvers. “People have a tendency to think of open-water panfish plastics as twister-tails suited only for swimming in a horizontal manner,” he says. “But today’s miniature creature baits have such supple appendages, they work great for a variety of vertical presentations.”

Glorvigen begins throwing plastics shortly after ice-out, and continues to use them throughout the season. One of his favorite early season scenarios centers on fishing a jig-and-softbait combo beneath a small float in shallow feeding areas. “Look for places where the water warms up first, such as old reed beds, canals and dark-bottomed bays protected from the wind,” he begins.

Once in a potential hot zone, he ties on a downsized jighead such as a Northland Mud Bug, Gill-Getter or Hexi Fly. Heads in the 1/32- to 1/16-ounce class are ideal, provided the hook is sized to yield solid hookups, without tearing a small softbait. Tippings include Northland’s ice fishing friendly Slug Bug and Scud Bug, along with open-water softbaits in the Impulse lineup, including the Mini Smelt, Mayfly, Stone Fly, Tadpole, Water Bug and 1-inch Tube. “I try to match the hatch, but ultimately the fish tell me what they want, so it pays to experiment with different heads, bodies and color combinations,” he says.

Tackle considerations are straightforward. “A quality spinning combo is perfect,” he says. “I personally use rods from St. Croix’s Panfish Series, which offers plenty of options.” Lengths of seven feet or less are great for casting and retrieving, while longer sticks stretching up to 11 feet work well for dipping jigs into brushpiles and other cover. Both varieties handle bobber rigs, though longer rods fuel lengthier casts and make it easier to take in slack before the hookset.

“Always use as light a line as possible,” he adds. “I prefer 2-pound-test monofilament because it’s harder for fish to see, and gives the bait a more natural fall.” Indeed, using light line can at times make a huge difference in catch rates. “I was fishing an ice-out crappie tournament with my brother,” he recalls. “We were throwing tube jigs on 4-pound-test and catching a few fish. But when we switched to 2-pound line in an effort to cast the same jigs just a little farther, we absolutely lit them up. We placed second, but might have won if we hadn’t wasted the first hour fishing with heaver line.”

After spooling and before tying on a jig, Glorvigen slides a small, clear casting bubble on the line. Next, he ties a small swivel to the end of the mainline, and adds about a two-foot leader of 2-pound mono before capping it all off with the jig. 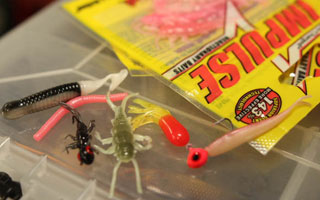 Panfish plastics aren’t just for sunfish and crappies. They take jumbo perch, white bass and other species as well..

In early season, active fish are often found in depths of six feet or less. Glorvigen tailors the level at which his jig rides in the water column to the forage base and corresponding style of softbait needed to mimic it.

“For example, when crappies are feeding on baitfish, a minnow-shaped plastic can be dynamite,” he says. “I keep minnow baits about 11=8E2 feet down in four feet of water. But when the fish are scooping bugs off bottom, a stonefly or other insect imitator gets the nod.”

Rather than a stationary cast, settle and wait approach, Glorvigen moves his jig along in a series of pulls and pauses, which produce a pendulum action. The baseline presentation entails casting the rig out, letting it settle, then pulling it about 12 to 18 inches and letting it settle a few seconds before moving it again. However, the pace is often tweaked to match both the bait style and mood of the fish. “Typically, I fish minnow shapes faster, and bottom-hugging bugs more slowly,” he says.

When early season pans play hard to catch, such as after a severe cold front, Glorvigen slides out to the closest breakline and rigs a 1 1/4-inch Northland Mini Roundworm wacky style on a size 8 hook. The bait can be fluttered in front of fish holding along the break or close to wood and other cover, or twitched in place beneath a casting bubble.

Glorvigen continues to tap plastics for panfish throughout the season, choosing shapes that match the predominant forage at the time. “There are realistic shapes and colors to match everything from waterbugs to tadpoles,” he says. “With a little experimentation and the willpower to kick the live bait habit, you can use these new-age plastics to catch panfish all year long.” 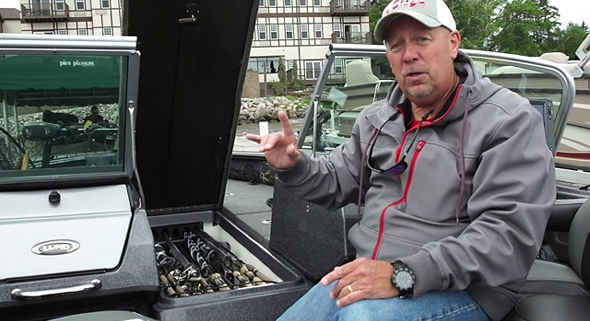 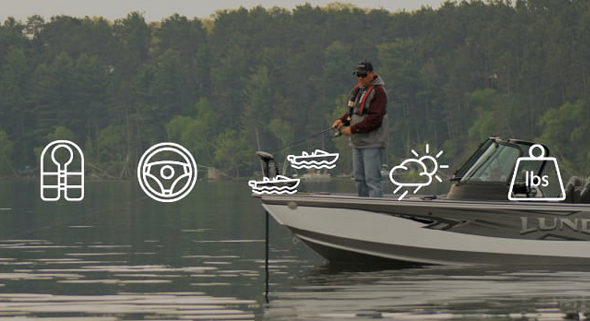 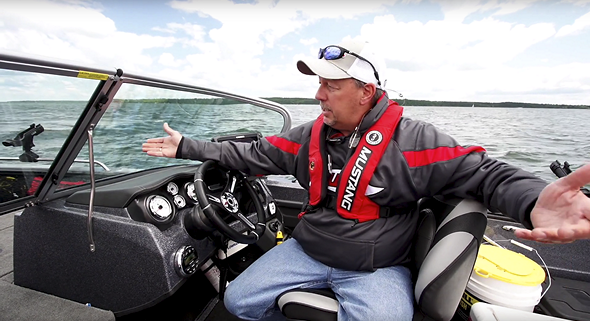 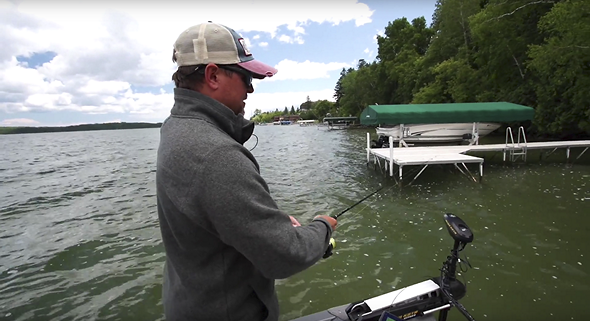 HOW TO USE MINN KOTA TALON SHALLOW WATER ANCHORS

Thank you for submitting your information, you will be hearing from us soon!